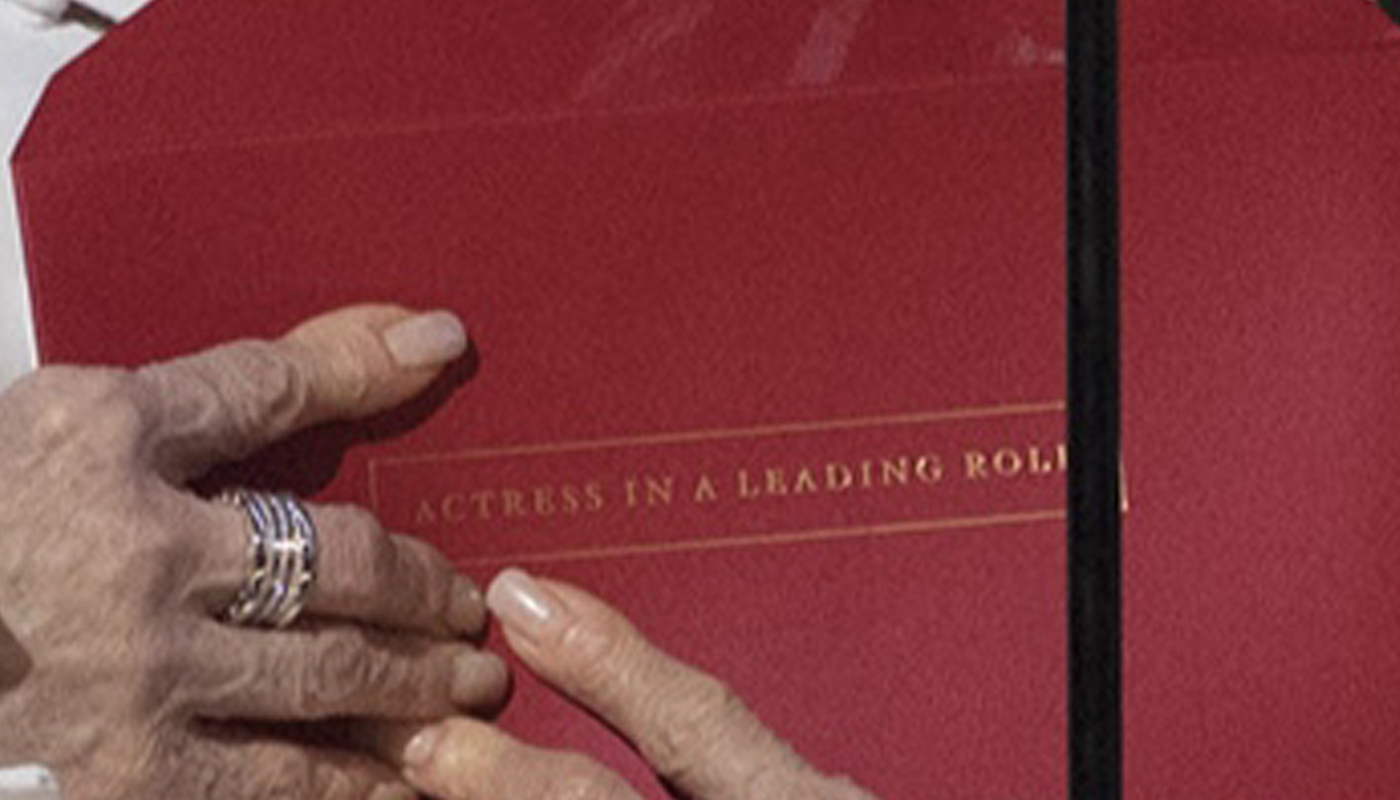 “And the winner of the Oscar for best picture goes to…” How could they get it wrong?

It turns out that the envelope they were given to read out was actually a back-up, a duplicate of the envelope for the Best Actress Oscar. The card inside it said ‘Emma Stone, La La Land’. For the last six years the Oscar envelopes have had the category of the award written large in black-on-white on the envelope. This year the new envelope designer went for smaller gold-on-red text on the envelope along with small, cursive text at the bottom of the card. This made both instances easy to overlook, and overlook them they did; the confusion as they went to make the announcement was caused by the actress’s name being on the card along with the film title. How could Emma Stone win the best picture award? In the end the pressure of the event overcame the doubts of the hosts and the wrong announcement was made.

Doubt can be minimised by the design. If the text on the envelope was more legible or if the card said in big letters at the top ‘This is the card for the BEST ACTRESS oscar’, instead of in very tiny type at the bottom, then there would have been no doubt; they would have instantly known that they had been given the wrong envelope!

There is a history of design to remove doubt in many critical systems. Sending messages in times of war is high-pressure and errors can arise due to using low-quality communication channels. There is the apocryphal story of the message ‘Send reinforcements we’re going to advance’ arriving as ‘Send three and fourpence we are going to a dance’. The design solution is the phonetic alphabet designed to make messages clearer when sending letters and numbers on the radio. If someone says ‘V’ on a radio it can easily get lost in background hum or sound like ‘B’ or ‘three’, the solution is a standardised alphabet of unique sounding words so that instead of ‘V’ they say ‘VICTOR’ and there is no ambiguity or doubt.

Both the addition of a big title up top saying BEST ACTRESS and the longer phonetic words for letters are examples of adding more information to a communication to clarify if there has been an error. This can get very structured. The ISBN numbering system for books was designed to detect errors. The ISBN number is 13 digits long. In actual fact only the first 12 digits are the number, these first 12 digits are stuck into a formula to yield a total and the 13th digit is the number that is needed to bring the total up to a number divisible by ten. So, if you plug the first 12 digits in and arrive at a total of 93 then the 13th digit will be 7 to make the total divisible by ten.

This means that if you key in an incorrect ISBN number to a system it can check it first and warn you that it is wrong rather than going off and doing things with the incorrect number.

Enter the world of communication with space probes and things are far more important and far more structured. If you are sending a picture back to Earth from the surface of Mars and there is a bit of cloud interfering with the signal you don’t want to lose it or have it come back garbled. The message will be in binary and you can do tricks when sending the 1s and 0s to catch any errors. If you take the 1s and 0s of the message and lay them out in a grid you can do something similar to the ISBN number with each row and with each column. Add a digit at the end that helps spot if that row or column is all correct.

If one of the 1s or 0s in the grid is wrong then that row will flag a problem up and the column will as well. The row and column pin down exactly with digit is at fault and as it can only be a one or a zero then we simply have to flip it to get the right value! This sort of error checking not only pinpoints where the error is it can also correct it. A self-healing communication protocol. (of course it gets a lot more complex than this in reality).

So, to get back to the Oscars. 0ne thing l could say is that better error detection by increased information on the card would have resulted in a self-healing communication system; ‘I’m sorry this is the wrong card, could we have the right one before we go any further?’.

Since the event it has also transpired that the man responsible for handing the envelope to the hosts was tweeting backstage photos of Emma Stone moments before he handed over the wrong envelope, a clear indication that social media distraction played a big part… but that’s another story!