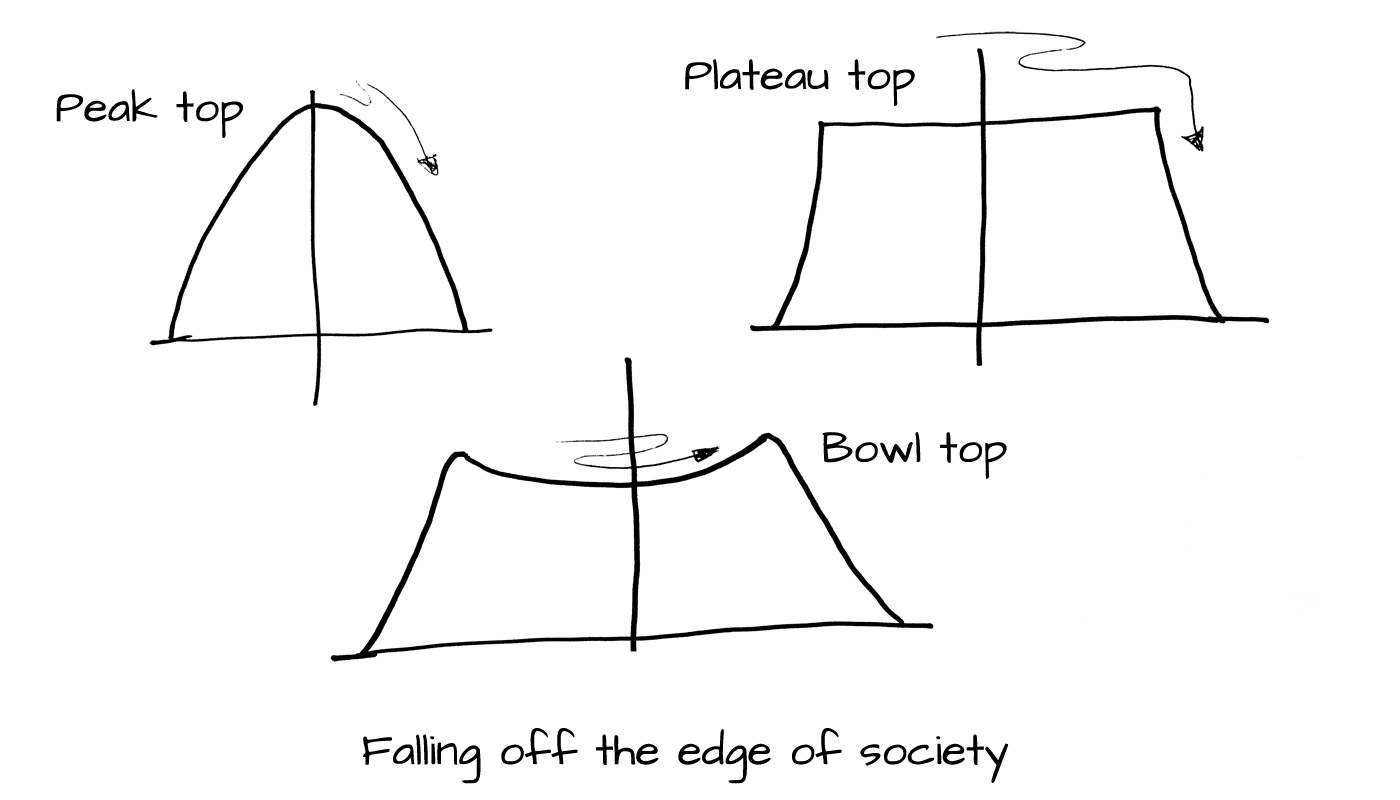 The Labour MP Jo Cox was murdered by a 52 year old man described as; ‘a loner with extreme right-wing views’. The recent Orlando shootings were also the work of ‘a loner’: an angry Muslim loner. The key thing is not the one ideology or the other: not the right wing extremist or the Muslim extremist, but the common thread: the ‘loner’ part. If we are to declare war on anything then declaring war on loneliness would be the thing to work on. Any radicalisation, any movement which says to people: ‘Come join us’, knows that this is a far easier message to peddle than: ‘Leave them and then come join us’. If more people are part of the social fabric there will be less chance of prying them free from it to take up some other cause.

If this doesn’t sound particularly design oriented and seems more social policy, then think on this: UX design is about designing systems that include people, with a consideration to the effects the system has on those people. At one end of the scale this means making sure that contactless payment systems give people a feeling of security and confidence about their payments, at the other end of the scale it means the huge, societal design projects aimed at eking out slight benefits for whole sectors of the community; eating healthily, protecting kids and pensioners, spotting cancer symptoms, preventing crimes and fires etc.

Loneliness is one of these areas. If no one takes care of those on the edge then they can easily fall off the edge and they are then on the outside of society. Tackling loneliness means engineering a cohesive local community and a wider overarching society, but how is that done? There are plenty of off-ramps: alcoholism, job-loss, bankruptcy, etc. But there are less on-ramps. 0ne thing l could think of as a good example of an engineered on-ramp is The Big Issue: a newspaper set up in Bristol with the express idea that homeless people would sell it and keep part of the proceeds for themselves. Suddenly they are no longer begging but delivering a service, the newspaper affords them interaction with the people around them exchanging pleasantries or discussing the front-page headlines. This source of income and connectedness with the social fabric is just the beginning, it is an ‘on-ramp’ that can get them back up onto the edge of society again.

All this talks about ‘falling off the edge’ means that you can imagine society as a peak, surrounded by a downward slope. In some societies this peak is very pointy and you have to work hard to remain part of it. Others have a flat plateau on top: you can be part of the society but could still get close to the edge and once you go over the edge you may struggle to get back on. Other more inclusive societies are bowl shaped at the top: you are in them and it is a struggle to get up the slope to get out of them. This shape is a direct result of the design of the society and in the light of recent events connectedness with society is something that the government ought to be thinking about. The good news is that they are taking steps in that direction. A group of MPs are pursuing a parliamentary commission on loneliness. And who was the far-sighted person that helped put this into action? A plucky, new MP called Jo Cox.